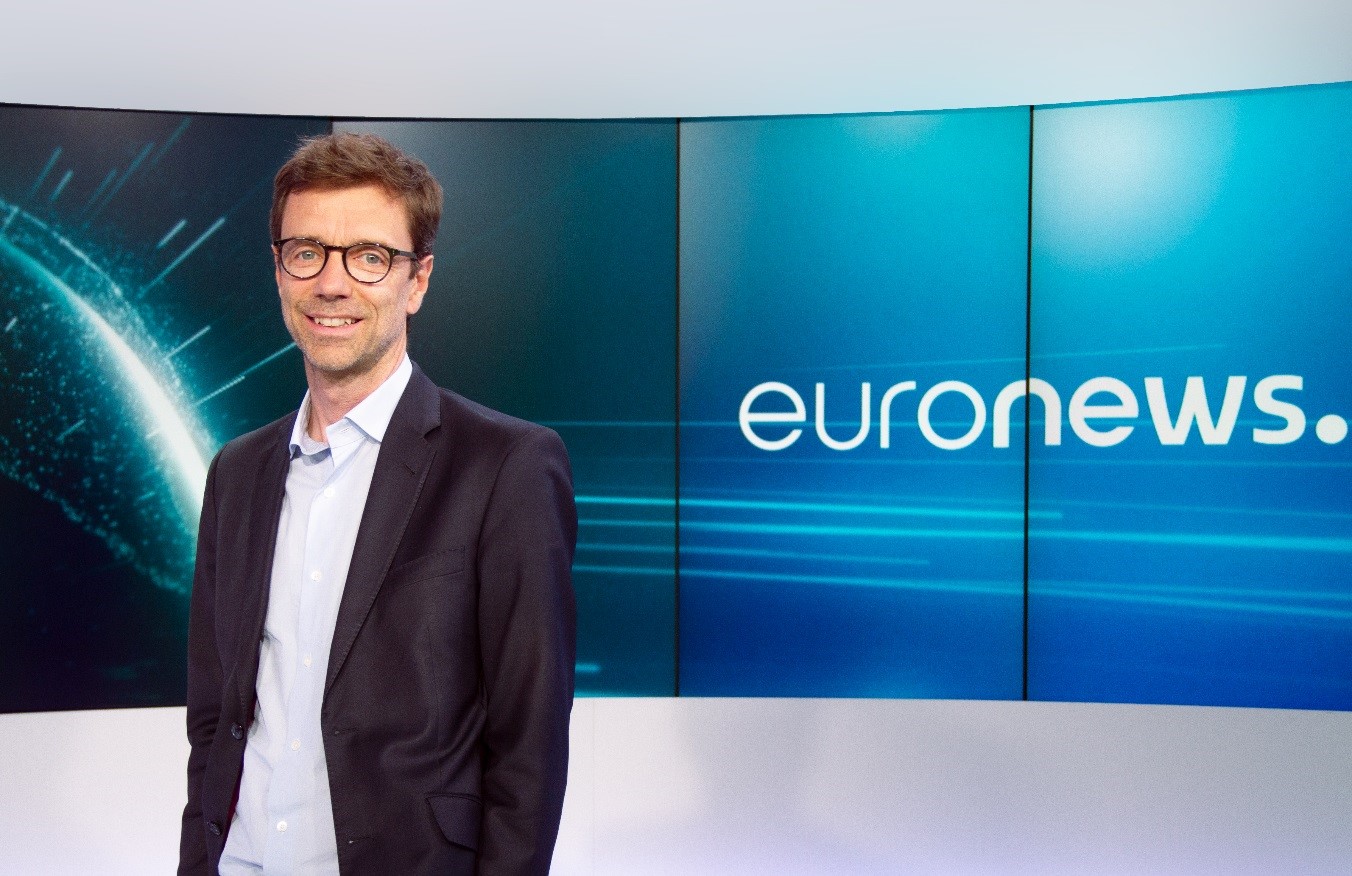 Lyon, France – 8th June 2022 – Euronews’ Board of Directors, which met on Tuesday 7th June, under the chairmanship of Michael Peters, has approved the appointment of Guillaume Dubois as Chief Executive Officer of Euronews, Europe’s leading international news channel.

Mr. Dubois will take over the executive management of the company as of 18th June, following the end of Bénédicte Bachs-Scherrer’s term who has held the position on an interim basis since 17th December 2021. Ms. Bachs-Scherrer will remain Chief Financial Officer of Euronews.

The appointment of Guillaume Dubois comes as the sale of the shares of Euronews’ majority shareholder MGN to the fund Alpac Capital is due to take place in the next few weeks. The signing of a binding offer to acquire these shares had previously been announced on 17th December 2021.

Michael Peters, Chairman of Euronews’ Board of Directors, said: “As Alpac Capital is set to become Euronews’ majority shareholder, and as we have finished 2021 with a significant improvement in its operating result of almost 20% compared to budget, we are confident that we will achieve our objective of reaching our break-even target by 2023. Guillaume joins us at a strategic time in the development of our group. His solid experience in key positions within renowned news brands and his personal skills will enable him to drive a renewal in the editorial offer, to accompany the diversification of the group, while strengthening its identity based on independence and its European DNA.”

Guillaume Dubois said: “I am immensely proud to be joining Euronews, at a time when the war in Ukraine is showing how the European point of view is more necessary than ever in the international news landscape. The company, which will be celebrating its 30th anniversary in a few months’ time, has all the assets needed to continue, strengthen and extend its mission to inform and explain, across all platforms.”

Euronews is an international 24-hour news channel, with a leading position on the European market, broadcasting 24/7 and available in 17 languages. Recognised for the reliability of its content, Euronews is distributed in 160 countries and 440 million households worldwide, reaching more than 145 million people each month, both on TV and digital platforms, according to the Global Web Index.