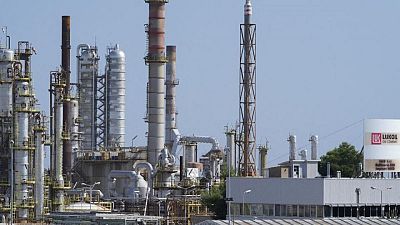 SOFIA – Bulgaria can take over operation of Russian company Lukoil’s Neftochim Burgas refinery for up to a year, lawmakers decided on Friday in a vote aimed at protecting critical infrastructure and ensuring fuel supplies for the Balkan country.

The 196,000 barrel per day refinery, the biggest fuel producer in Bulgaria, has switched to processing only Russian crude after the country was granted an exemption from the European Union’s ban on imports of Russian oil over the invasion of Ukraine.

Under the exemption to the end of 2024, the refinery cannot export fuels or oil products from Feb. 5 – with exception of deliveries to Ukraine. The refinery can also export by-products that cannot be safely stored in Bulgaria and could pose an environmental hazard.

Lukoil Neftochim has previously said it could be forced to shut down if it cannot export its output.

Under Bulgaria’s legal changes approved by a vote of 141-24, the economy minister can appoint a special trade representative to take operational control of the refinery if there are threats to national security or to the supply of critical resources.

“The legal changes will make Bulgaria a strong and adequate country that could intervene if a critical situation occurs,” said Martin Dimitrov, a senior member of the anti-graft Democratic Bulgaria party.

A special representative can also be appointed if the refinery breaches competition rules or European Union sanctions.