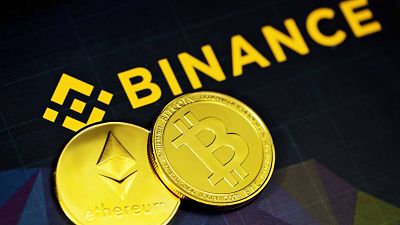 Scammers often impersonate companies or executives through fake emails and social media profiles. Now fraudsters have reportedly taken things to the next level by creating a “deepfake” of an executive at Binance, the world’s largest cryptocurrency platform.

Patrick Hillmann, the chief communications officer at Binance, claims that a “sophisticated hacking team” used video footage of his past TV appearances and digitally altered it to make an “AI hologram” of him and trick people into meetings.

In a company blog post**,** Hillman warned users to be vigilant following the incidents.

“Other than the 15 pounds that I gained during COVID being noticeably absent, this deep fake was refined enough to fool several highly intelligent crypto community members,” he wrote.

Hillman said that he was alerted to the situation after receiving a number of messages online thanking him for meetings which he had never attended.

The scam, he said, centred on tricking project teams into believing a Binance official was meeting with them regarding opportunities to have their tokens listed on the Binance platform - a potentially lucrative step for crypto projects.

Despite the wealth of security experts and systems he highlighted at Binance, Hillman insisted users must form the first line of defence against scammers.

They can do this by being vigilant, using the Binance Verify tool, and reporting anything suspicious to Binance support, he wrote.

“I was not prepared for the onslaught of cyberattacks, phishing attacks, and scams that regularly target the crypto community.

“Now I understand why Binance goes to the lengths it does,” he added.

The only evidence Hillman posted of the situation was a screenshot of a chat with a person asking him to confirm a Zoom call they had previously had.

Hillman responds: “That was not me,” before the unidentified person posts a link to somebody’s LinkedIn profile, telling Hillman “This person sent me a Zoom link then your hologram was in the zoom, please report the scam”.

Deepfakes are a growing problem in the era of misinformation and artificial intelligence, with technological progress making convincing digital impersonations of people online more feasible.

They are at times super realistic forgeries that have triggered alarm globally, especially when they are used in a political context.

In March this year, a deepfake video of Ukrainian president Volodymyr Zelenskyy was posted online, with the digital impersonation of the leader telling citizens to surrender to Russia.

One version of the deepfake was viewed more than 120,000 times on Twitter.

The European Union has targeted deepfakes in its battle against disinformation, recently requiring tech companies like Google, Facebook and Twitter to take measures to counter the practice or risk heavy fines.