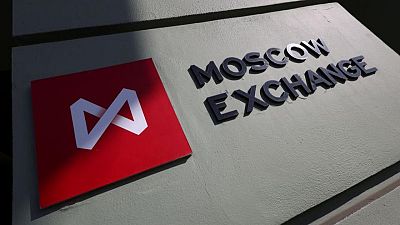 -Russian stocks were given a reprieve and the rouble strengthened on Monday after the country’s top stock exchange decided not to allow some foreign investors to trade Russian shares for the first time since February.

Traders expect that if foreign investors return some will immediately sell shares, given the uncharted waters of an equity market now offering huge risks and insufficient transparency.

Russian stocks fell 3% on Friday after the exchange said it would let clients from “friendly” jurisdictions, or those which had not deployed sanctions against Russia, start trading after an almost six-month hiatus.

However, in a statement after Friday’s market close, the Moscow Exchange said the ruling would only apply to the derivatives market, not the main stock market.

Markets had been braced for steep losses and sharp volatility and analysts said the delay over the return of foreign investors had caught out short sellers who were betting on a market slide.

Non-residents from “friendly” countries account for only around 1% of Russian holdings, but analysts had said any relaxation of the trading ban could open a back-door for larger investors from the European Union, United States, Japan and Britain – designated “unfriendly” – to offload their holdings.

Foreigners have been locked out of the market since Feb. 25, the day after President Vladimir Putin ordered tens of thousands of troops into Ukraine.

Russia’s central bank on Monday moved to shut down the possible loophole, blocking Russian depositories and registrars from executing transactions with securities received from foreign counterparts – including from “friendly” countries – for six months.

In a later statement, the regulator threatened punishments for brokers which do not accurately report the residency status of any clients they execute orders for.

Since the start of August the currency has fallen from multi-year highs reached earlier this year under strict capital controls.

“In the coming days, we expect the Russian currency to stay in the range of 59-62 – the downside and upside risks seem relatively balanced,” Moscow-based brokerage BCS Global Market said in a report.