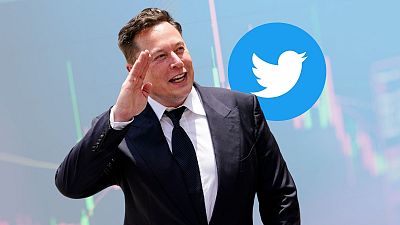 Elon Musk is back in the headlines, once again over his bid to buy Twitter as the rumours swirl he could back out after previously saying the deal was "on hold".

Last month the billionaire made Twitter an offer the company couldn't refuse - and they did not. But despite Musk's $44 billion (€41 billion) offer being accepted, the takeover is not yet complete. Musk is reportedly still seeking equity from his co-investors, and could potentially renegotiate the terms of his offers to Twitter.

On Wednesday, Musk pledged an additional $6.25 (€5.8) billion in equity financing to his $44billion offer, reducing his margin loan against Tesla's shares to zero. Now, Musk's offer to buy Twitter stands at $9 billion above the social media platform's current market value.

The disclosure made in a regulatory filing on Wednesday, signalling that Musk is indeed still interested in the deal, sent Twitter shares to jump around 6 per cent to $39.15 in extended trading. The shares' value is still much lower than the price Twitter has agreed with Musk, selling at $54.20 per share.

Musk said earlier in May the Twitter deal was "on hold" until he receives more information about how many fake accounts are on the platform. And the issue surrounding the spambots on Twitter is not quite resolved yet.

Twitter said that spambots on the platform accounted for less than 5 per cent of its total users in the first three months of 2022, much less than Musk's suspected 20 to 25 per cent. But the billionaire said he wants to verify that the company's claim is true.

The takeover is not yet concluded but this new pledge gives confidence to investors that eventually it will be. It wouldn't be easy for Musk to back off the deal unscathed anyway - the break-up fee for the deal is equal to $1 billion.

But when it comes to the richest man in the world, you never know.

Are Twitter's exiles set to stage a return after Musk's takeover?