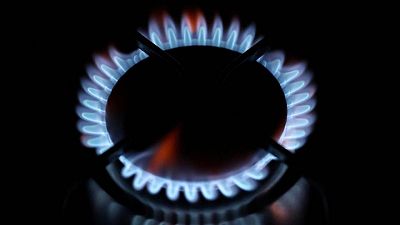 By Muvija M and William James

LONDON -Household energy bills in Britain look set to surge by another 40% in October, the industry regulator warned on Tuesday, deepening a cost-of-living crisis that is piling pressure on the government to do more to help the poorest.

Ofgem said its price cap on the most-widely used tariffs could reach 2,800 pounds ($3,499) when it is next reviewed in October.

That would be up 42% from the current 1,971 pound cap announced in April, which was itself a more than 50% rise on the previous level.

“We are only part-way through the price cap window but we are expecting a price cap in October in the region of 2,800 pounds,” Ofgem Chief Executive Officer Jonathan Brearley told a parliamentary committee.

If confirmed, the cap would be higher than forecasts from Cornwall Insight, which had previously showed analysts expected it to rise to an average of 2,595 pounds a year.

The increase would add to stresses Britons are already feeling from a spike in the cost of most essentials from food to fuel, ramping up the pressure on Prime Minister Boris Johnson’s government to step in.

“This will cause enormous worry for families already facing soaring bills,” said Rachel Reeves, the opposition Labour Party’s finance spokesperson. “We need an emergency budget now, with a windfall tax on oil and gas producer profits to lower bills.”

Business minister Kwasi Kwarteng said he did not think a windfall tax was necessarily the right thing to do, but he was “very confident” there would more government intervention to help consumers before October.

Global gas prices soared last year when reopening of world economies from pandemic lockdowns caused demand to return sharply and supply could not keep up, while the war in Ukraine has pushed up prices further in 2022.

“The price changes in the gas market are genuinely a once in a generation event – not seen since the oil crisis in the 1970s,” Brearley said.