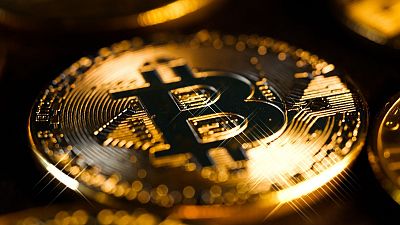 Bitcoin touched its lowest since December 2020 last week after the collapse of TerraUSD, a so-called stablecoin, which broke its 1:1 peg to the dollar.   -   Copyright  Canva
By Euronews  with Reuters  •  Updated: 16/05/2022

The founder of cryptocurrency exchange FTX has said that Bitcoin has no future as a payments network because of its inefficiency and high environmental costs, the Financial Times reported on Monday.

The world's largest cryptocurrency, Bitcoin is created by a process called "proof of work" that requires computers to "mine" the currency by solving complex puzzles.

An alternative to the system is called the "proof of stake" network, where participants can buy tokens that allow them to join the network. The more tokens they own, the more they can mine.

FTX Founder and Chief Executive Sam Bankman-Fried told the FT that "proof of stake" networks would be required to evolve crypto as a payments network as they are cheaper and less power-hungry.

Blockchain Ethereum, which houses the second-largest cryptocurrency Ether, has been working to move to this energy-intensive network.

Bankman-Fried also said he didn't believe Bitcoin had to go as a cryptocurrency, and it may still have a future as "an asset, a commodity and a store of value" like gold, the report said.

Bitcoin touched its lowest since December 2020 last week after the collapse of TerraUSD, a so-called stablecoin, which broke its 1:1 peg to the dollar.

More broadly, crypto assets were swept up in broad selling of risky investments on worries about high inflation and rising interest rates,