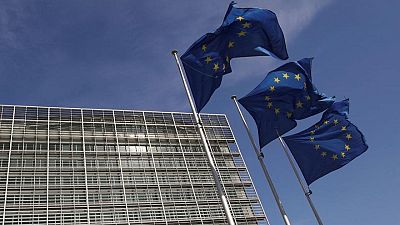 The draft measures, which could change before they are due to be published next week, include a mix of EU laws, non-binding schemes, and recommendations national governments could take up, including by revising their plans to spend the EU’s huge COVID-19 recovery fund to free up more funding for the energy transition.

The Commission expects the measures to require 195 billion euros in investments, on top of those already needed to meet the bloc’s 2030 climate target, which would help slash Europe’s bill for fossil fuel imports.

To spearhead the plans, Brussels is considering proposing higher targets for renewable energy and energy efficiency, according to the draft proposals and EU officials.

Goals under discussion include a target for a 45% share of renewable energy by 2030, replacing the current 40% proposal, and a 13% cut in EU-wide energy consumption by 2030 compared with expected use, replacing the Commission’s current 9% proposal.

Among other proposals would be tweaks to EU law to fast-track permitting deadlines for some renewable energy projects, and new EU schemes to jumpstart a large-scale rollout of solar energy and rebuild Europe’s solar manufacturing industry.

The EU will also outline the potential to increase imports of liquefied natural gas from countries including Egypt, Israel and Nigeria, plus the infrastructure needed to replace Russian gas imports – which a draft document said should be designed to ensure it does not lock in decades of emissions that could undermine climate change goals.