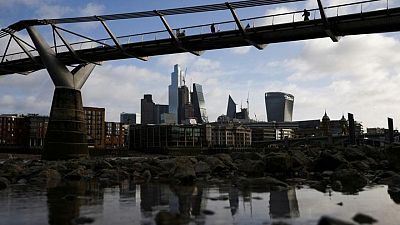 LONDON – Britons are cutting back on petrol and diesel purchases as they reduce the number of car journeys they make to save cash, amid a worsening cost of living crisis.

Darren Briggs, managing director of the Ascona Group, which operates 60 fuel stations across the United Kingdom, said on Friday sales volumes were down 6-8% over the last six weeks.

Britain’s Office for National Statistics said on Thursday that people cutting back on car journeys due to rising prices at the fuel pumps was one of the factors in the UK economy shrinking by 0.1% in March.

Surging prices are causing the biggest squeeze on UK household incomes since at least the 1950s and consumer confidence is at near record lows.

Last month, official data found almost a quarter of Britons were struggling to pay household bills, while the boss of the country’s second largest supermarket group Sainsbury’s said shoppers were “watching every penny”.

“I was hearing for the first time for many years of customers saying to checkout staff: ‘stop when you get to 40 pounds … I don’t want to spend a penny over that,’” he told BBC radio.

Allan and Sharon White, the boss of department store retailer John Lewis, have called on the UK government to do more to help those suffering the most from the cost of living squeeze.