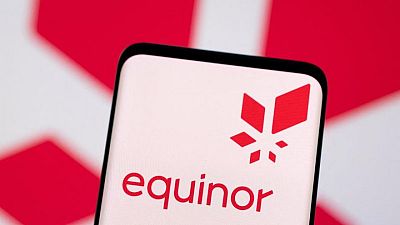 The call for absolute reduction of so-called Scope 3 emissions, which account for the majority of total lifecyle emissions from oil and gas, has become a new battleground between activists and the petroleum industry.

In the short term, absolute emission targets could only be reached by selling or shutting down profitable oil and gas production, Chairman Jon Erik Reinhardsen of majority state-owned Equinor told the annual general meeting.

“Right now the world is dealing with a situation where energy security is high on the agenda, particularly in Europe. In this situation, it is important to be a reliable supplier of energy, both of oil and gas and renewables,” he said.

The motion to set absolute targets for Scope 3 emissions was proposed by Greenpeace and WWF, which said Equinor should stop investing in petroleum exploration and in the development of new fields.

Dutch activist group Follow This, whose separate proposal was also rejected, said Equinor’s current targets would not lead to absolute emissions reductions by 2030, and therefore were not aligned with the 2015 Paris climate agreement.

Equinor’s shareholders approved the company’s plan to reduce its so-called net carbon intensity, including emissions from the use of sold products, by 20% by 2030 and by 40% by 2035 compared to 2019, while hitting net zero by 2050.

Intensity-based targets, however, measure the amount of emissions per unit of energy produced, meaning that absolute emissions can rise with growing production, even if the headline intensity metric falls.

“Our Scope 3 ambitions reflect what we believe is realistic to achieve based on current regulatory frameworks and markets,” Equinor said.

London-based Sarasin & Partners, a minority shareholder, said it voted against what it called a ‘go-slow’ plan aimed at avoiding early retirement of Equinor’s oil and gas assets.