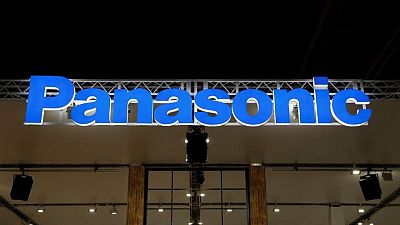 Those impacts will be felt broadly through its manufacturing units, including in the Japanese conglomerate’s energy business, which makes batteries for Tesla Inc, as the U.S. electric vehicle maker pushes it to accelerate production plans for a new powerpack.

Electric vehicle demand is expected to grow and Panasonic will try to mitigate higher costs for metals such including lithium, nickel and cobalt, through “price revisions” and “rationalization”. It did not elaborate on that point.

Panasonic also noted risks of factory lockdowns by suppliers due to COVID-19 and the “international situation.”

“The impact of lockdowns in Shanghai will likely be felt from June,” Hirokazu Umeda, the company’s chief financial officer said.

The company predicted operating profit of 360 billion yen for the year to March 31, 2023, little changed from the 357 billion in the previous business year. That forecast is 5.9% lower than the mean estimate of 382.7 billion yen from 20 analysts, Refinitiv data shows.

Panasonic supplies batteries to Tesla along with China’s Contemporary Amperex Technology Co Ltd and South Korea’s LG Energy Solution. It plans to build a mega-factory in the United States to build its new battery for Tesla, Japanese public broadcaster NHK reported in March.

“There is nothing I can share about that,” Umeda said when asked about the report.

The battery, of 4680 format (46 millimetres wide and 80 millimetres tall), is about five times bigger than those that Panasonic currently supplies, meaning Tesla should be able to lower production costs and improve vehicle range.

As part of its strategy to move away from making low-margin consumer electronics and household appliances, Panasonic on Wednesday also announced it wanted to list shares of its supply chain software business to raise funds for investment.

That sale will include Blue Yonder, a U.S. machine learning company it bought last year for $7.1 billion, bundled with other supply chain services operated by Panasonic.

It did not say when a stock sale would occur or how much it planned to raise.

Panasonic expects demand for supply chain software services, which are used to manage inventories and streamline production to double over the next five years.

In the three months to March 31, Panasonic posted operating profit of 83.3 billion yen, compared with a profit of 31.8 billion yen a year earlier. That result was worse than a mean estimate of 85.5 billion yen profit from nine analysts surveyed by Refinitiv.