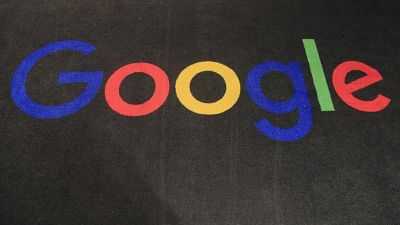 Google will pay more than 300 publishers in the European Union for their news, the company has said, following the adoption of landmark EU copyright rules published three years ago.

The tech giant has signed deals with publishers in Germany, France, Hungary, Austria, the Netherlands, and Ireland, "with many more discussions ongoing", a company employee said in a blog post.

Written by Sulina Connal, director for news and publishing partnerships at Google, the post states: "So far, we have agreements which cover more than 300 national, local and specialist news publications in Germany, Hungary, France, Austria, the Netherlands and Ireland, with many more discussions ongoing".

"We are now announcing the launch of a new tool to make offers to thousands more news publishers, starting in Germany and Hungary, and rolling out to other EU countries over the coming months," the post continued.

She did not specify how much publishers were being paid.

Two-thirds of the companies signed up to the current deal are German publishers including Der Spiegel, Die Zeit and Frankfurter Allgemeine Zeitung.

The announcement comes following a long battle by news publishers to get tech giants like Google, Facebook, and others to pay for using their work.

The European Union passed the European Copyright Directive in 2019, with member states now in the process of adopting it in national law.

The issue has caused clashes between European news publishers and tech giants, with Google News closing in Spain in 2014 following legislation forcing it to pay a collective licensing fee to republish headlines or news snippets.

Spain has already adopted the copyright directive, which requires platforms such as Google and Facebook to share revenue with publishers, while also allowing them to reach individual or group agreements with publishers.

In 2021, France fined Google €500 million over a dispute with the country's news publishers.

In March this year, Google signed a new agreement to pay French publishers for the right to display their news content online.

Google said in the blog post that under the new agreement publishers will be offered an "Extended News Preview (ENP) agreement with Google" for their content, in a tool that explains what the offer is, how to sign up for it, and how to provide feedback.

"All offers are based on consistent criteria which respect the law and existing copyright guidance, including how often a news website is displayed and how much ad revenue is generated on pages that also display previews of news content," the blog stated.