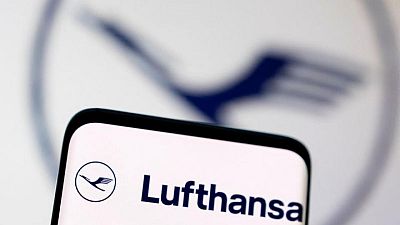 Cost benefits associated with modernisation and the addition of fuel-efficient models would allow the carrier to reach its targets of an adjusted operating margin of at least 8% and a return on capital employed of at least 10% by 2024, Lufthansa said.

As part of the plan, the group will buy seven long-haul 787-9 passenger aircraft, which will fill capacity gaps created by the delayed delivery of the Boeing 777-9, Lufthansa said in a statement.

The 777-9 was originally scheduled for delivery in 2023 and is currently expected in 2025. Lufthansa will receive the 787-9 aircraft, which were originally intended for other airlines, in 2025 and 2026, the airline said.

At the same time, delivery dates for 787-9s already ordered from Boeing will be revised and, in some cases, brought forward to 2023 and 2024, Lufthansa said.

One of the 777Fs, which has been flying for another airline, will be reassigned to Lufthansa Cargo in the coming weeks, and two new aircraft will follow later.

Lufthansa is also extending the leases on two 777F cargo planes, which were due to end in 2024.

The new 777-8F freighters being ordered, which are based on the new technology of the Boeing 777X, will be delivered starting in 2027.

According to Boeing’s website, the passenger planes have a total list price of around $2.05 billion and the cargo planes of around $3.9 billion.

Including the measures announced on Monday, Lufthansa expects net capital expenditures of around 2.5 billion euros in 2022, and sees that annual figure remaining at around that level up to 2024.