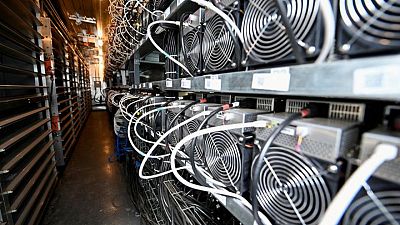 HONGKONG – TerraUSD, one of the world’s largest stablecoins, lost a third of its value on Tuesday, spooking cryptocurrency investors and partly contributing to bitcoin’s tumble below $30,000 for the first time in 10 months.

Stablecoins are digital tokens pegged to the value of traditional assets, such as the U.S. dollar. They are popular as safe havens in times of turmoil in crypto markets and are a common medium of exchange, often used by traders to move funds around and speculate on other cryptocurrencies.

TerraUSD, also known as ‘UST’, is a so-called algorithmic stablecoin, one of the largest by market capitalisation. On Tuesday it broke its 1:1 peg to the dollar and fell as low as 67 cents, according to price site CoinGecko.

The token shot to prominence earlier this year when non-profit Luna Foundation Guard, an affiliate of Terraform Labs, the company behind TerraUSD, pledged to amass $10 billion worth of bitcoin to support its dollar peg.

By Tuesday afternoon TerraUSD had rebounded slightly to 91 cents and was ranked as the world’s 10th largest cryptocurrency by market cap, according to CoinGecko.

Unlike other stablecoins that have reserves in traditional assets, TerraUSD maintains its peg through an algorithm that moderates supply and demand in a complex process involving the use of another balancing token, Luna.

Luna Foundation Guard said in a tweet on Monday that it would defend TerraUSD’s dollar peg through $1.5 billion in loans to over-the-counter trading firms, half in bitcoin and half in TerraUSD.

Luna Foundation Guard and Terraform Labs could not be reached for comment.

Justin d’Anethan institutional, sales director at Amber Group, said the use of bitcoin as a reserve had created a vicious cycle for TerraUSD, with sell-offs in both tokens driving the other lower.

“Bitcoin is going down as it’s being sold to defend an ecosystem that is suffering, the ecosystem suffering is creating even more panic on (TerraUSD), which is weighing on the Luna token, which requires the foundation to use more reserves to supplement and defend the peg,” he added.

In its biannual Financial Stability Report on Tuesday, the U.S. Federal Reserve warned that stablecoins are vulnerable to investor runs because they are backed by assets that can lose value or become illiquid in times of market stress.

“Additionally, the increasing use of stablecoins to meet margin requirements for levered trading in other cryptocurrencies may amplify volatility in demand for stablecoins and heighten redemption risks,” it added.

Stablecoins as an asset class have generally benefited from market volatility in crypto markets. Three stablecoins are now in the top 10 cryptocurrencies by market capitalisation, with TerraUSD ranked eleventh.

Other major stablecoins, such as Tether and USDC, say they are backed by real assets and thus not vulnerable to the same problems that have hit TerraUSD.

But the broader cryptocurrency market has taken a hit in line with falls in traditional financial markets.

Bitcoin fell below $30,000 early Tuesday for the first time since July 2021, weakening alongside other traditional “risk off” assets such as tech stocks, but also weighed by the TerraUSD sell-off.

The world’s most widely held cryptocurrency also rebounded slightly by Tuesday afternoon to $31,272, according to Coingecko.

These drops in the face of weakening risk appetite counter the view among some crypto enthusiasts that cryptocurrencies are a store of value, akin to gold.

Analysts at Singapore’s QCP Capital said in a note that while bitcoin was currently holding at a key support level, “there is material tail risk from the (TerraUSD) de-peg along with macro concerns.”