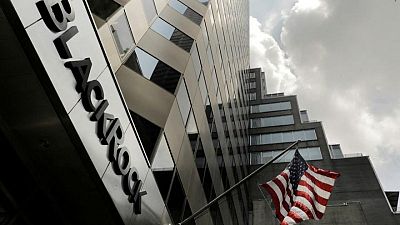 LONDON – BlackRock said on Tuesday it expected to support fewer shareholder resolutions on issues such as climate change in the current season of annual general meetings, as many proposals were too prescriptive.

BlackRock, the world’s biggest asset manager, with just under $10 trillion in assets, has moved to strengthen its stance on climate issues in recent years, aiming at helping clients navigate the transition to a low-carbon economy.

While BlackRock said its view on the importance of managing climate risk remained unchanged and it continued to engage with companies over their efforts, a number of resolutions put forward at recent AGMs were too constraining on boards.

This followed a move by the U.S. regulator to broaden the scope of votes which it would allow to proceed if they addressed significant social policy issues, BlackRock said.

Among such resolutions that it said it could oppose were those requiring management to stop providing finance to traditional energy companies, or those requiring alignment of bank business models to a specific climate scenario.

“The nature of certain shareholder proposals coming to a vote in 2022 means we are likely to support proportionately fewer this proxy season than in 2021, as we do not consider them to be consistent with our clients’ long-term financial interests,” BlackRock said in an investment stewardship update.

BlackRock said that while it was still early in the season for annual meetings, it noted that many of the more prescriptive resolutions were gaining less support from investors and voting advisory firms.

Among votes that BlackRock has already opposed was an April 13 call for Canadian lender Bank of Montreal to adopt a policy to link financing with the International Energy Agency’s Net Zero Emissions by 2050 Scenario.