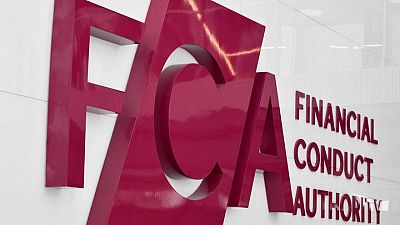 Some staff at the watchdog began striking last week as an internal revamp and major changes in pay go ahead in chief executive Nikhil Rathi’s push to create a more nimble regulator to crack down on scams.

The Central Arbitration Committee (CAG) said in a statement on Tuesday there was insufficient evidence that most workers at the regulator would favour Unite negotiating on their behalf in pay talks.

Unite, which has around 600 members at the FCA, had applied for official recognition to represent a pay “bargaining unit” at the regulator, which employs around 4,000 staff.

The arbitration body said it “does not consider that the evidence before it is sufficient to enable it to conclude… that a majority of the workers constituting the proposed bargaining unit would be likely to favour recognition of the union as entitled to conduct collective bargaining on behalf of the bargaining unit”.

Unite said its members would continue with industrial action to make the watchdog “listen to their concern”.

“All eyes are now on FCA management to see if they will hold a free vote on union recognition. Unite will be considering the next steps,” a Unite spokesperson said.

The FCA said the statutory process for recognition conducted through CAG was the best way of assessing the views of all colleagues on collective bargaining.

“Following the CAC’s decision, we want to have an open conversation with all our colleagues about how their voice is represented – listening and responding to the diverse range of views and opinions we’re proud of at the FCA,” the FCA said.

The union had told CAG that as most workers in the proposed unit have been working from home, it had not been possible to hold face-to-face meetings with them.

An online petition signed by 1,473 employees was in support of union recognition, Unite told CAG.

Unite has said it plans further two-day strikes at the FCA in June and July, along with work to rule.