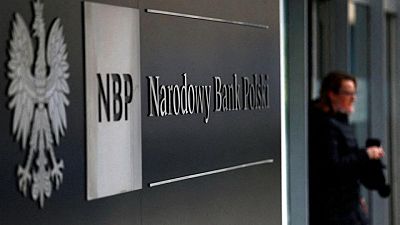 WARSAW – Poland’s central bank is not nearing the end of its policy tightening cycle and will keep raising the cost of credit until it sees a lasting decrease in inflation, its governor said on Friday, after it hiked rates less than expected.

Thursday’s decision to raise the main rate by 75 basis points rather than the 100 forecast by analysts sent the zloty currency tumbling and raised speculation that concerns over the effect of the war in Ukraine on growth could mean the central bank stops tightening sooner that previously thought.

“The Monetary Policy Council (MPC) has been raising rates for several months, and we will continue to do so until we are sure there is a lasting decrease in inflation,” Adam Glapinski told a press conference.

While Thursday’s rate hike was smaller than the 100 basis point hike the central bank delivered in April, Glapinski said it was still substantial.

Inflation in Poland hit 12.3% in April according to a flash estimate from the statistics office, its highest since 1998.

Glapinski said this was mainly a result of the war in neighbouring Ukraine, which has pushed up commodity prices.

He said he expected inflation to peak in June or July, and that it would take two or three consecutive lower inflation readings for the central bank to say there was a lasting decrease.

With inflation hitting levels not seen in almost a quarter of a century, many economists have raised their estimates for the level rates will eventually reach.

Glapinski, however, would not be drawn on how high rates could go.

“The MPC doesn’t know at what level of rates we will stop, or when, it will still be a long process, painful, but at some point it will stop and (rates) will fall,” he said.

(This story corrects paragraph 4 to read April, not June)