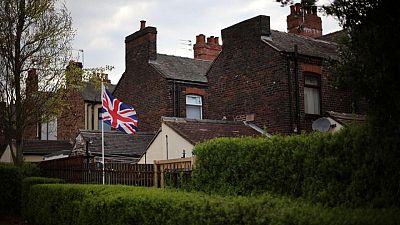 LONDON – Britain’s construction sector in April had its slowest month since January, hit by rising costs and higher interest rates to finance new projects, a survey published on Friday showed.

The S&P Global/CIPS construction Purchasing Managers’ Index (PMI) slipped to 58.2 from 59.1 in March, which was its joint-highest reading since June 2021.

Economists polled by Reuters had on average expected the index to fall to 58.0.

The wider all-sector PMI, which includes previously released services and manufacturing data, fell to 58.2 from 60.7, also the lowest since January, when Britain faced a wave of Omicron cases of coronavirus.

A measure of prices paid by construction firms was its highest since September last year.

House-building expanded at its weakest pace since September 2021.

Order books were strong, leading to more employment, but growth in demand slowed as borrowing costs rose and business optimism was the weakest since September 2020.

The Bank of England raised its benchmark interest rate to 1.0% on Thursday, its fourth increase since December, and said further hikes were likely to be needed as it sought to counter a surge in inflation which was likely to top 10% later this year.