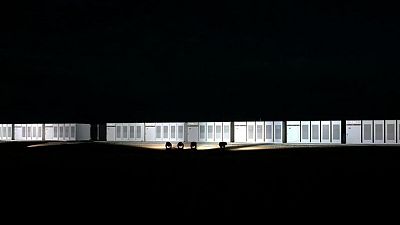 -French renewable power producer Neoen’s first-quarter revenue jumped by more than a third, helped by the commissioning of one of the world’s largest lithium-ion batteries in Australia, the company said on Tuesday.

Higher power prices in Australia also helped to boost revenue across its wind and solar divisions, where sales rose by 23% and 31% respectively.

CEO Xavier Barbaro said the strong quarter was largely attributable to the commissioning of the Victorian Big Battery, which it switched on last December in time for the southern hemisphere summer.

Able to supply 450 megawatt hours (MWh) of power, the battery is aimed at preventing blackouts in a market increasingly reliant on solar and wind power.

Neoen, which generates the bulk of its power in Australia, added more than 2 gigawatts (GW) to its advanced pipeline during the quarter, while assets in operation or under construction at the end of March were stable at 5.4 GW.

The group confirmed its profit targets for this year and up to 2025, when it plans to have 10 GW under construction or in operation.

Barbaro said there was “political will” to accelerate renewables projects in Europe, where countries are looking to become independent from Russian energy, pointing to projects submitted by rivals in Italy.

The company is hoping France’s election of a new prime minister in June will help to accelerate planning permission in its home market after the country re-elected President Emmanuel Macron this month.

Far-right challenger Marine Le Pen had proposed a moratorium on new wind and solar parks and to take down existing turbines. Macron, meanwhile, pledged more solar and offshore wind projects but less of a focus on onshore wind.

In Mexico, where lawmakers last month rejected proposed power reform that would have favoured the state operator, Neoen said it needed further clarity before investing in a second project to complement its solar farm in Aguascalientes.