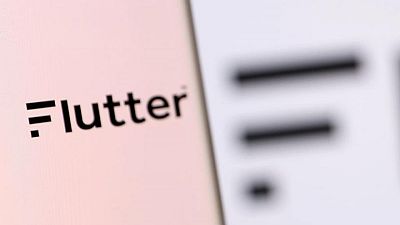 DUBLIN – Paddy Power, Betfair and FanDuel owner Flutter said the cost of living crisis in its main UK and Ireland market is not putting customers off gambling as further rapid growth in the United States pushed first-quarter revenues up 6%.

Shares in the world’s largest online betting firm jumped by over 5% on Tuesday after it reported that its U.S. revenues rose 45% year-on-year. More than half of the amount staked across its brands came from U.S. unit FanDuel for the first time.

While revenues in the UK and Ireland fell by 8%, Flutter said this was due to a winning streak enjoyed by punters and increased spending on initiatives to curb gambling addiction, rather than the worsening squeeze on household incomes.

“At this stage we’re not seeing anything that we would point to specifically around cost of living, and in fact we’re seeing reasonably consistent levels of engagement from customers between Q4 and Q1 compared to previous years, which reassures us to some extent,” Chief Executive Peter Jackson told reporters.

Chief Financial Officer Jonathan Hill said the number of days customers bet a month and the amount they spent was not much different from the corresponding period in 2019, before COVID-19 lockdowns temporarily changed consumer behaviour.

The average number of people gambling on Flutter brands in the UK and Ireland, which include Sky Bet and recently acquired bingo operator Tombola, rose by 15% year-on-year.

Average monthly users rose by 43% year-on-year as revenues in the U.S. of 429 million pounds almost passed the 519 million pounds generated in the UK and Ireland for the first time.

After launching in New York in January, Jackson said he hoped FanDuel could clear the required regulatory hurdles to go live in California by the start of the 2023 American Football season, a move that would “clearly be very material.”