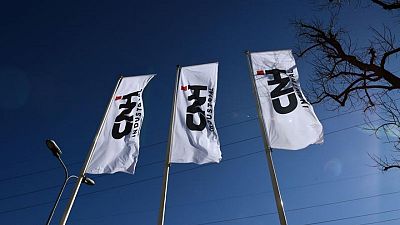 “Don’t underestimate how difficult the environment is, it’s a battle,” CEO Scott Wine told analysts after the company posted a 9.2% rise in operating profit as demand remained “healthy”.

“But I am confident in our team’s ability to navigate the current environment,” he said regarding logistics pressures and semiconductor shortages.

Wine said the group was adapting production to the chip shortage and was delivering more to clients this quarter.

In its first results since spinning off Iveco Group, CNH Industrial reported $429 million in adjusted earnings before interest and tax (EBIT) for industrial activities in the January-March period, topping the $391 million forecast by analysts in a poll compiled by Reuters.

CNH added, however, took a $71 million hit in the quarter due to the suspension of its Russian operations, including for asset writedowns.

Milan-listed shares in CNH extended gains after results and were up 2.7% at 1520 GMT, outperforming a 1.5% rise for Italy’s blue-chip index.

At the beginning of the year, CNH completed the separation of its truck, bus and engine businesses, now listed under Iveco Group.