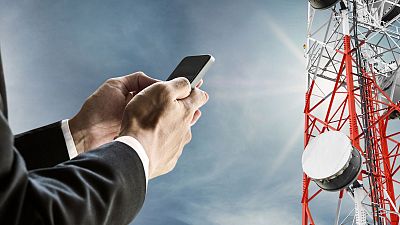 Tech giants such as Google, Meta and Netflix may have to bear some of the cost of Europe's telecoms network, the European Union's digital chief Margrethe Vestager said on Monday, following complaints from EU telecoms operators.

"I think there is an issue that we need to consider with a lot of focus, and that is the issue of fair contribution to telecommunication networks," Vestager told a news conference.

"And we are in the process of getting a thorough understanding of how could that be enabled," Vestager said, adding that she was looking into how data traffic evolves over time and that related to the COVID-19 pandemic.

Social media companies, streaming services and online shopping giants rely on the Internet and fixed or mobile telecommunications networks to reach their customers. Because they need to run on top of existing infrastructures, they're commonly referred to as OTTs (over-the-top).

Telecoms firms argue that because the services provided by these OTTs generate more and more traffic and data, which requires investments to upgrade the networks, these costs should be shared more fairly.

"Network operators have invested over €500 billion during the last 10 years in the development of their fixed and mobile telecoms networks in Europe. But is everybody contributing their fair share?" telecoms lobbying group ETNO said in a statement on Monday.

It released a study showing Meta, Alphabet, Apple, Amazon, Microsoft and Netflix accounted for over 56 per cent of all global data traffic last year.

The study said an annual contribution of €20 billion euros to network costs by internet giants could give a €72-billion boost to the EU economy. ETNO's members include Deutsche Telekom and Orange.

Google, Meta and Netflix could not immediately be reached for comment.

"The problem is that the arguments that we hear, like the need for scale in order to invest, they are not new," she said.