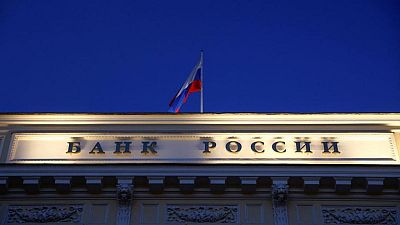 Nabiullina, who was presenting the decision to cut Russia’s key interest rate to 14%, said the central bank had been preparing to sell Otkritie, which it bailed out in 2017, on the market by listing its shares or to potential investors.

“Now, for the foreseeable future, we don’t see the possibility to sell Otkritie to the market. But we understand that we, as the regulator, cannot be the owner of the bank for a long time,” Nabiullina said.

“In these conditions, this is a reasonable decision,” Nabiullina said of the merger.

While a specific mechanism to merge Otkritie, VTB and RNCB was not ready, the central bank will need to hand Otkritie over to the Russian government for the deal to happen, Nabiullina said.

In the conditions of increasing sanctions pressure banks’ capital is shrinking, and the proposed consolidation would allow the merged bank to enlarge its capital and increase management efficiency, while avoiding lay-offs, said Mikhail Zeltser from BCS World of Investments.

The United States put the three lenders on the sanctions list after Russia started what it calls “a special military operation” in Ukraine on Feb. 24.