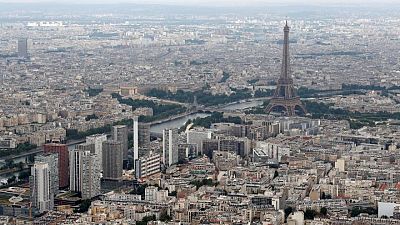 The INSEE official statistics agency said preliminary data showed no change in gross domestic product for January-March. That signalled a sharp slowdown from the final three months of 2021, when the euro zone’s second biggest economy expanded 0.8%, which was revised up from 0.7% previously.

Inflation and first quarter GDP figures for the 19-nation euro single currency zone are due later on Friday.

While a slowdown in France had been expected, the reading was worse than expectations for growth of 0.3% in a Reuters poll of 24 economists, whose forecasts ranged from 0.6% to -0.1%.

Household spending, the traditional driver of French growth, fell 1.3% in the quarter as consumer confidence waned amid concerns over surging energy prices and the war in Ukraine, eclipsing any boost from an easing of COVID restrictions.

Inflation has soared from record to record in recent months, rising unexpectedly in April to touch a new high of 5.4%, INSEE said in a separate report on Friday.

The latest inflationary spike will offer fresh fodder to Macron’s opponents who accuse the president of not doing enough to protect consumers’ purchasing power heading into legislative elections next month that will determine whether he has a majority to govern for the next five years.

His current government has put together a 25 billion euro ($26.3 billion) package of measures to help protect consumers’ dwindling purchasing power and consisting in large part of caps on gas and electricity price increases.

But that did not stop the cost of living from being a major theme in France’s presidential election this month, which incumbent Macron won on Sunday by beating far right leader Marine Le Pen.

“Although government measures have shielded households from the worst of the energy price rises, the broader rise in inflation will still take its toll on real incomes and spending,” said senior Europe economist Jessica Hinds at consultancy Capital Economics.

“One silver lining, at least, is that the French economy is less exposed to the Ukraine conflict than most in the euro zone, including Germany,” she added.

Macron has indicated that his first steps after the June vote will include further measures to help consumers such as subsidies for people on low incomes who have to use their cars, as well as an increase in pensions.