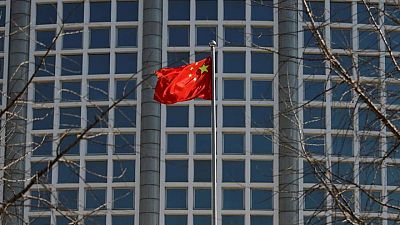 HONGKONG -China’s top leaders will meet with tech executives early next month, a person with knowledge of the matter said on Friday, raising hopes that Beijing will ease off its sweeping regulatory clampdown on the once-freewheeling sector.

Beijing is scheduled to hold a symposium with a number of internet companies, in particular those which have been battered by last year’s crackdown on the so-called “platform economy”, said the person. President Xi Jinping is expected to attend and chair the meeting.

Authorities are seeking to reassure the corporate executives and encourage them to continue to develop their business under the latest regulatory framework, added the source who declined to be identified due to confidentiality constraints.

The move comes as Chinese authorities face an uphill battle to ward off an economic slowdown as COVID-19 lockdowns disrupt supply chains and jolt businesses, threatening job losses in a politically sensitive year.

The symposium will likely take place after the Labour Day holiday, which lasts from Saturday to next Wednesday, said the person, adding that food delivery giant Meituan is among the companies invited.

The State Council Information Office did not immediately respond to a request for comment.

The symposium was first reported by the South China Morning Post which said, citing two sources briefed on the situation, that tech firms Alibaba Group Holding, Tencent Holdings and TikTok owner ByteDance are also invited to the meeting.

Meituan, Alibaba, Tencent, ByteDance did not immediately respond to Reuters request for comment.