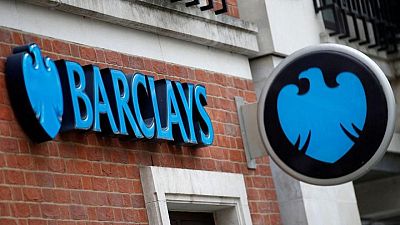 LONDON -Barclays has temporarily halted market making in some of its own debt securities following a trading blunder, the British bank said on Friday.

Barclays disclosed on March 28 that it had exceeded a U.S. limit on sales of structured products, triggering a loss and a potential restatement of 2021 accounts of two units. While those numbers are being prepared, the bank will not be trading in securities of those units.

“Barclays will continue to evaluate the extent to which it can resume market making in any such individual security,” the bank said on Friday.

The disruption is a further setback for Barclays’ new Chief Executive C.S. Venkatakrishnan, who has already had to put on hold a $1.25 billion share buyback plan due to ongoing talks with U.S. regulators over the error.

The lender said the trading mishap would impact the accounts of both the Barclays Plc group and its subsidiary Barclays Bank Plc – which houses its investment bank – and as such, market making in debt securities of both entities would be suspended.

It was not immediately clear how the suspension would impact the trading of Barclays debt, with 33.6 billion pounds ($42.26 billion) of debt due to be refinanced this year, according to Refinitiv Eikon data.

Barclays said on Thursday it was working with U.S. authorities to file amended accounts as soon as practicable.

“This is seen as a short-term suspension of market-making activity which should be “fixed” in short order. As such, if that assumption is correct, then there should be no overly material impact,” said Ian Gordon, banking analyst at Investec.