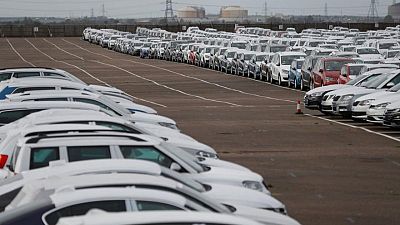 – Car production in Britain fell by about a third last month, marking the weakest March since the financial crisis in 2009, as an ongoing global shortage of chips and the Ukraine conflict roiled manufacturers, industry data showed on Thursday.

The Society of Motor Manufacturers and Traders (SMMT) said 76,900 cars were produced in March compared with 115,498 last year, and attributed the 33.4% fall primarily to a decrease in production for overseas markets.

The auto industry has been reeling from soaring metal and energy prices, supply-chain snarls due to the pandemic and a shortage of semiconductor chips that has hurt other sectors too.

Now, Russia’s invasion of Ukraine – a major auto hub – has left carmakers scrambling for alternative supplies of vital parts. Russia and Ukraine are sources for electric wiring and for aluminium, palladium and nickel used in batteries.

The challenges meant 100,000 fewer cars were manufactured in the first three months of the year compared with 2021, SMMT data showed, as production for the quarter fell by 32.4%.

“Recovery has not yet begun and with a backdrop of an increasingly difficult economic environment, including escalating energy costs, urgent action is needed to protect the competitiveness of UK manufacturing,” said SMMT Chief Executive Mike Hawes.

The industry body called on the government for relief on energy costs at the same level afforded to other energy-intensive industries, and asked for access to low cost and low carbon energy as the shift to electric vehicles ramps up.

Earlier this month, Britain extended a scheme to help energy-intensive industries such as steel manufacturing to cope with soaring electricity costs, which have also reached new highs this year following the Russia-Ukraine crisis.