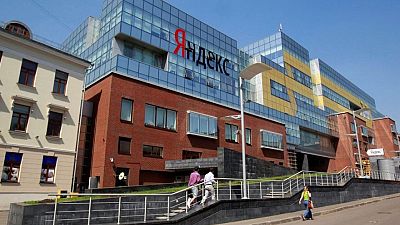 -Russian internet group Yandex plunged to a first-quarter loss and acknowledged on Wednesday that problems started appearing after Moscow sent troops into Ukraine on Feb. 24.

The company, whose Nasdaq-listed shares were suspended in February and warned last month it did not have enough funds to service some of its debt, said it was looking at options to ease trading in its shares, including another international listing.

It blamed the adjusted net loss of 8.1 billion roubles ($110 million) on spending prior to Feb. 24, but said “geopolitical developments” had hit some of its operations since. Western nations have heaped unprecedented sanctions on Russia, although Yandex itself has not been targeted.

“We experienced continued stable operations and strong growth across most of our businesses through Feb. 23, 2022,” the company said in a statement.

“In the last five weeks of the first quarter, our operations in certain businesses were adversely affected by the impact of geopolitical developments, which is reflected in our results for the full first quarter.”

Yandex has flagged that its core advertising business, as well as its ride-hailing and e-commerce divisions, may suffer from the consequences of sanctions against Russia, and withdrew its 2022 financial guidance last week.

“It is currently not possible for trades to settle between shareholders that acquired our shares on Nasdaq and investors on the Moscow Exchange,” it said.

“We are currently reviewing alternative options in order to provide our shareholders the ability to trade our shares, including considering the possibility of listing on another international stock exchange in due course.”

The quarterly loss was slightly more than the adjusted net income of 8 billion roubles Yandex made in the whole of 2021.

Revenues for the quarter stood at 106 billion roubles, up 45% year on year. The company’s Moscow-listed shares were up more than 10% on the day.

When withdrawing financial guidance, Yandex also said it had scaled back or paused many of its planned investments, both internationally and domestically, but would keep up spending on core areas.

The company has also had to grapple with personnel changes at senior levels. Tigran Khudaverdyan stepped down as executive director and deputy CEO in March after the European Union included him on a list of sanctioned Russian business people.

In the last week, Yandex has confirmed the departure of the former chief of its e-grocery division Yandex.Lavka, and changed the head of its advertising and search business.