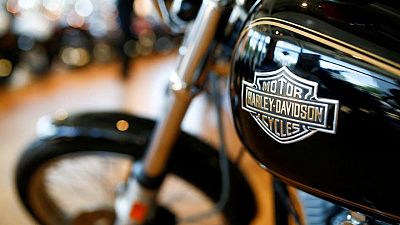 -Harley-Davidson Inc reported a drop in first-quarter profit, in line with Wall Street expectations, as margins at the motorcycle maker were squeezed by higher costs and chip shortages, while sales were boosted by global price increases.

The Milwaukee-based company’s shares were down 1.2% in midmorning trading at $36.20 on the New York Stock Exchange.

The 119-year-old manufacturer, which has been facing surging costs for raw materials and logistics, said it now expects higher input costs to continue through the rest of the fiscal year. Even so, Harley said it is seeing strong consumer demand for its bikes.

The global semiconductor shortage has not yet eased, which has added to margin pressures – pushing the company to maintain its outlook for an already extended backlog of orders for bikes.

“We are cautiously optimistic on improvements in the supply chain environment in the second half of the year. However, this remains difficult to predict with certainty,” Chief Executive officer Jochen Zeitz told analysts on a conference call.

Sales from motorcycles and Harley’s related products division rose about 6% to $1.3 billion, with the parts and accessories business seeing the strongest growth of 11%. Supply chain snarls dented motorcycle sales in North America as production challenges resulted in lower dealer inventories, the company said.

“On average, a bike is sitting on the showroom floor in the U.S. for less than two weeks, which is an extraordinary reduction from Q1 2019, when this (was) more like 10 weeks,” said Chief Financial Officer Gina Goetter.

Harley’s overall growth outlook remains unchanged as the company expects revenue to continue its upward trajectory, which has been helped by a combination of pricing actions and surcharges for its cruisers and longer-range Grand American Touring bikes.

The company price surcharges in global markets have helped offset production costs and boost sales. Revenue rose 5% to about $1.50 billion. Demand for bikes remains strong as motorcycles saw a slight uptick in revenue of $1.3 million from $1.2 million a year prior.