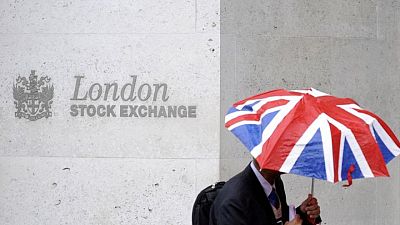 -London’s FTSE 100 edged up on Wednesday, driven by gains in miners and strong corporate updates, although a fall in cyclical stocks and industrial software company Aveva Group capped its rise.

Metro Bank climbed 4.7% after the challenger lender said it was on track to deliver rising profits and achieve its strategic objectives, while transport operator Go-Ahead rose 3.8% after forecasting higher 2022 earnings.

Broadly, sentiment was subdued as fears grew over the global economic outlook after Russian energy giant Gazprom halted gas supplies to Bulgaria and Poland for failing to pay for gas in roubles.[GLOB/MKTS]

However the wider bank index rose 1.2%, with HSBC Holdings rebounding from a sharp selloff on Tuesday.

“There are worries that at some point mounting rates could knock buyer sentiment, but with rents high and mortgages still cheap historically, it seems there is still plenty of appetite to move onto and up the housing ladder.”

“It is a concern because traders are wondering that the oil prices and the fuel prices are already sky high, and the fact that Russia has began the process of demanding payment in rouble, we could see oil prices even higher from here,” said Naeem Aslam, chief market analyst at Ava Trade.

Diageo fell 0.1% and was the biggest drag on the FTSE 100 index, leading losses in consumer staples, after Deutsche Bank downgraded the spirit maker’s stock to “hold” from “buy”.

Aveva slumped 15.9% to the bottom of the FTSE 100 index after it warned that revenue hit from sanctions on Russia would impact its operating profit this year.