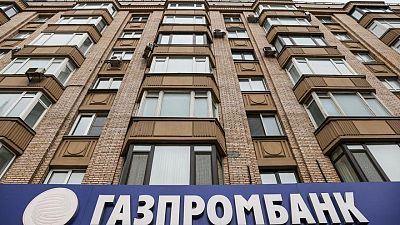 LONDON – Britain will allow payments to Gazprombank and its subsidiaries for gas going to European Union countries until the end of May, a Treasury document showed on Friday.

Britain imposed sanctions on Gazprombank last month, giving counterparts a deadline of April 23 to wind down their business with the lender, which is one of the main channels for payments for Russian oil and gas.

Under a new licence published late on Thursday, however, Britain’s Treasury said payments to Gazprombank for gas being made available in the EU under contracts entered into before April 21 could now continue until May 31.

Russian gas accounts for about 40% of EU imports. Brussels has not formally discussed ending Russian gas imports as part of its measures against Moscow over the Ukraine conflict given the bloc’s reliance on them.

“It seems to be a back-track by the UK government,” said Ana Stanic, an energy lawyer at E&A Law.

Britain said the short duration of the new Gazprombank licence reflected its desire to support a smooth transition away from Russian gas and that its sanctions licences were kept under constant review.

The prime minister’s office and the Foreign Office did not respond to requests for comment.

A week after Britain imposed the sanctions, Russian President Vladimir Putin issued a decree that deliveries of Russian gas from April must be paid in roubles and settled with Gazprombank, where payments in euros or dollars would be converted into the Russian currency.

“With many major Gazprom gas contract holders situated or operating in the UK, the sanctioning of Gazprombank was a real concern,” James Huckstepp, manager of gas analytics at S&P Global Platts, said in a tweet, adding that the new licence had temporarily eased those worries.

The EU has not sanctioned Gazprombank or Russian gas and the European Commission said in an advisory document published on Thursday that Moscow’s rouble proposal does not necessarily prevent a payment process that could comply with EU sanctions.

Russian energy giant Gazprom is continuing to supply natural gas to Europe via Ukraine in line with requests from European consumers, according to the gas producer.

Gazprom declined to comment on the new UK licence.

Many big energy companies have trading subsidiaries in Britain and entities like this likely manage the contracts with Gazprom, said Tom Marzec-Manser, head of Gas Analytics at ICIS.

Kremlin spokesman Dmitry Peskov said on Friday that there had been no changes to Russia’s timetable for making foreign firms pay for gas in roubles following Britain’s new Gazprombank licence.

Peskov said all the timings for the payments were set out in Putin’s presidential decree at the end of March, and settlements should be carried out in line with that order.

On Monday, Peskov said there was still time for “unfriendly” countries to switch to payments for gas in roubles that fall due in May.