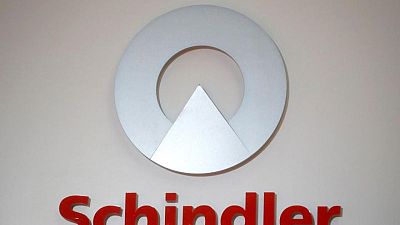 By Ana CanteroRos and Alexander Kloss

The company’s net profit of 144 million Swiss francs ($151.07 million) was below the year-earlier figure of 213 million but above the forecast of 137.4 million francs made by analysts in a company-compiled consensus.

While the real estate crisis in China, one of the company’s biggest markets, is easing, margins are threatened by concerns over hyperinflation, persistent supply chain bottlenecks and production snags from COVID flare-ups.

“We have a challenging situation. We will fix it. We have been here before. To resolve it at the core, to go to the root causes, though, will take time,” Chief Executive Officer Silvio Napoli said in a conference call.

Still, revenue came in at 2.63 billion francs, slightly ahead of the same period in the previous year (2.60 billion) and just north of company consensus (2.61 billion).

“Revenue rose in the EMEA and Americas region, while the Asia Pacific region declined as a consequence of the situation in China,” Chief Financial Officer Urs Scheiddeger said during the call. “New installations suffered in all regions, driven by issues in the supply chain and delays in project execution.”

While the company reported order growth of 7.7% globally, new installations in China were down about 15% compared to the previous year.

Credit Suisse flagged that Schindler lowered its China outlook to down 15% or more. “This compares to -5-10% at the start of the year and is driven by the new lockdown,” the broker added.

Despite this, the lift producer expects second-quarter revenue growth and profitability at the same level as in the first quarter.

(The story is refiled to remove extra word in headline; adds quotes from conference call, expands on China worries)