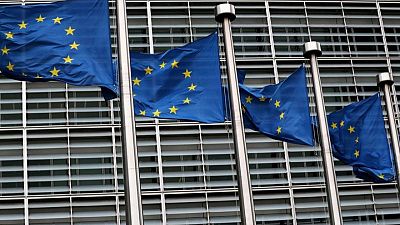 BRUSSELS – European Union countries are edging towards a deal on how to share the burden of cutting greenhouse gas emissions within the EU, with states poised to accept national targets proposed by Brussels last year, according to diplomats and a draft document seen by Reuters.

The EU’s “effort sharing” policy sets national goals for its 27 member states to reduce emissions in sectors like transport and buildings, adding up to a 40% cut in relevant emissions by 2030, from 2005 levels.

Buildings and transport are problem sectors for the climate. Buildings produce 36% of EU greenhouse gases and transport emissions have increased in recent years. Both need tackling for the EU to meet its overall climate targets and contribute to global efforts to stop catastrophic levels of global warming.

Under the draft proposal, Sweden, Finland, Germany, Denmark and Luxembourg would be obliged to cut emissions in the relevant sectors 50% by 2030, from 2005 levels, versus a 10% cut for Bulgaria and 12.7% for Romania.

That would hike countries’ existing targets – Bulgaria’s existing goal is simply not to increase its emissions by 2030, while Germany currently faces a 38% cut. The targets are based on a country’s per capita economic output and adjusted to ensure emissions are cut cost effectively.

Three EU diplomats said they expected the draft proposal to form the basis for a deal among countries, who would then negotiate the final rules with European Parliament.

One diplomat said a sticking point is whether the gap between rich and poor states’ targets will narrow over time.

The draft document, drawn up by France which currently chairs meetings of EU countries, keeps the targets the European Commission had proposed last year, although it tweaks the baseline for calculating them.

It would also allow more collaboration between countries towards the overall EU goal – allowing states that struggle to achieve their targets to fund emissions cuts in another EU country and count those reductions towards their own target.