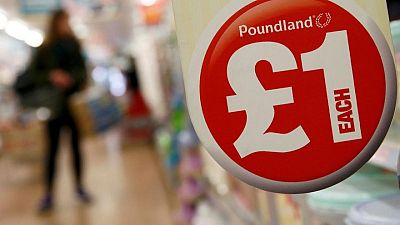 The group, which listed on the Warsaw stock market last May with a valuation of 5 billion euros ($5.5 billion), said it would continue to pursue growth while cutting the costs of doing business.

“This will enable us to offset the majority of our input inflation, allowing us to protect prices for our cost-conscious customers,” said interim Chief Executive Trevor Masters.

He cautioned that the market Pepco operates in is likely to stay volatile in the near term, because of inflationary pressures and the conflict in Ukraine, which borders three of the company’s largest operating territories.

Britain’s inflation hit a 30-year high of 7% in March, with households facing the biggest cost-of-living squeeze since records began in the 1950s.

In the 19-country euro zone it surged to 7.5% in March, hitting another record, with months to go before it is set to peak.

A spokesperson for Pepco said it was working with key suppliers to secure better terms, while stock efficiency programmes were reducing required stock levels and enhancing working capital.

The group said COVID-19 restrictions continued to impact its stores in the first half. However, by the end of that period restrictions had eased, and it exited March with a like-for-like sales growth rate of 19.4%.

Pepco said this demonstrated “the strong underlying customer demand for the group’s offer, supporting our confidence for the second half”.

The group, which does not trade online bar a small Poundland trial, forecast first-half core earnings (EBITDA) within a range of 342 million euros to 350 million euros.

“Within this range, the group remains on track to meet guidance for the full year in the absence of any further significant deterioration in the macro environment,” it said.

Shares in Pepco, priced at 40 zlotys at the IPO, were trading at about 44.5 zlotys.

Masters succeeded Andy Bond, who stepped down for health reasons at the end of March.