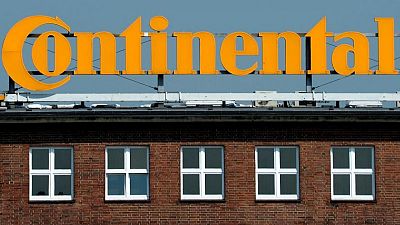 BERLIN -Continental cut its annual earnings forecast and warned of “lasting consequences” for production and supply chains if the war in Ukraine does not ease, with rising energy and raw material costs weighing on margins.

The supplier nearly doubled its expected procurement and logistics costs in its tyre and ContiTech divisions and cautioned the automotive group sector could end up in the red, having previously forecast a margin of 0-1.5% for the division.

“Negative effects from cost inflation for key inputs…. as well as energy and logistics… are becoming significantly more material,” the supplier said in a statement on preliminary first-quarter results.

“In the event the geopolitical situation, in particular in Eastern Europe, remains tense or worsens, it could result in further lasting consequences for production, supply chains and demand,” it said.

Continental reported a first-quarter earnings margin of 4.7%, down from 8.5% last year, even as consolidated sales rose to 9.3 billion euros from 8.6 billion in the first quarter of 2021.

The supplier said it expected industry-wide production of passenger cars and light commercial vehicles to increase by just 4-6% year on year in 2022, down from its forecast of 6-9% in March.

Continental said on Tuesday it had temporarily resumed tyre production for passenger cars at its plant in Russia on Tuesday after suspending it in early March following Russia’s invasion of Ukraine, to protect local workers who could otherwise face criminal charges.