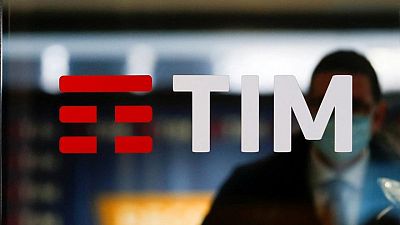 MILAN -Telecom Italia (TIM) has started talks with banks to raise around 3 billion euros ($3.3 billion) in financing that could be partly guaranteed by Italy’s export insurer SACE, three sources familiar with the matter said.

Burdened with total gross debt of more than 30 billion euros, TIM has around 3 billion euro in bonds coming due this year, the annual report shows.

TIM is talking to UniCredit, BNP Paribas, Credit Agricole and Santander over a deal to secure a credit line, the sources said. The banks involved had no comment.

Under a guarantee scheme Italy used during the first COVID-19 wave in 2020 to help companies raise new debt, SACE is allowed to cover up to 80% of the financing.

However, there are doubts as to whether TIM is eligible to tap such a scheme, one of the sources said.

“A new credit line of this amount, possibly backed by SACE, therefore structured with more favorable terms, should be positive … as it would help Telecom Italia boost its reserves and more easily meet some of the extraordinary payments expected during the current year,” Bestinver said in a report.

TIM faces a 1.7 billion euro payment by the end of September as part of the amount it put in the pot to secure frequencies in a fifth-generation mobile spectrum auction.

Hit by multiple rating downgrades after a record loss last year, TIM is working to reorganise its business through an asset split after a failed 10.8 billion euro takeover approach by U.S. fund KKR.

Under pressure for years due to fierce competition in its domestic market, TIM was forced to freeze 2021 dividends after booking an 8.4 billion euro annual loss.

News about talks between TIM, SACE and banks over a possible 3 billion euro loan was first reported by Bloomberg News.