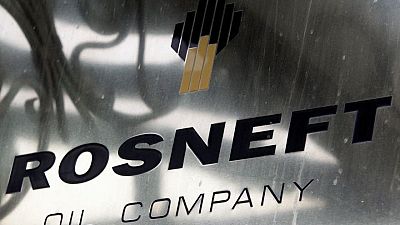 – Russia’s Rosneft has asked for roubles and full prepayments in tenders for crude, sources have told Reuters, as the country’s top oil exporter aligns itself with President Vladimir Putin’s push for roubles-only trade in natural gas.

While Rosneft left scope for payment in other currencies, it also reserved to right to refuse deals where prepayment is not offered in full.

Putin ordered a switch to rouble payments for gas delivered by Russian producer Gazprom at the end of March.

Energy exports are Putin’s most powerful lever as he hits back against Western sanctions imposed on Russian banks, companies, businessmen and associates of the Kremlin.

“Total invoice amount to be converted to Russian roubles by using U.S. dollar/Russian rouble rate of the Central Bank of the Russian Federation,” the tender documents show.

Rosneft however did leave room for negotiation where this is not possible, adding payment may be done in Chinese yuan, U.S. dollars, euro, United Arab Emirates dirhams and Turkish lira.

As in the case with Gazprom gas sales, conversion to roubles would happen at the last stage of payment, while the initial price would be nominated in U.S. dollars as per usual, the sources said.

Rosneft requires 100% prepayment of the provisional value of the parcel five days prior to the first date of the loading date range, and may refuse any offer that does not offer prepayment, the tender documents said.

Two traders involved in the Russian oil market said the terms were tough but not impossible to meet. “We will find someone,” one said regarding finding bidders.

“Paying in rouble should not be an issue for Chinese buyers, as the banking side of channels works as normal,” said an executive with a private Chinese trader.

A source with a Western oil trader told Reuters: “Only a limited number of buyers can meet the terms, and would ask for weaker prices. Rosneft barrels currently attract very low interest due to looming sanctions anyway.”

All sources spoke on condition of anonymity due to the sensitivity of the matter.

Russian oil producers have failed to place spot cargoes since Russia began what it calls a “special operation” in Ukraine on February 24.

Rosneft held expected to award a tender on March 5 for Urals oil loading in April-September but failed to finalise terms, traders said.

Rosneft tenders are rare as it usually places most of its crude oil with term buyers, mostly trading firms Vitol and Trafigura. However, from May purchases by these firms are expected to fall sharply amid European Union and Swiss sanctions.

Two traders said that the large tender volumes were a sign that such term supply deals could fall apart or have been adjusted to minimum levels.

May-loading volumes of Sokol and ESPO Blend crude oil normally would have been placed by now as the Asian market trading cycle starts 1.5-2 months prior to loading periods.