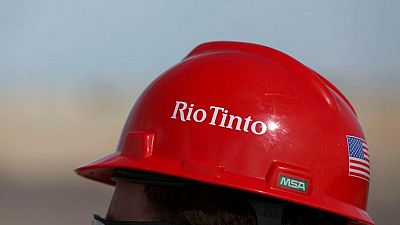 By Praveen Menon and Sameer Manekar

SYDNEY/BENGALURU -Rio Tinto on Wednesday reported lower-than-expected iron ore shipments in the first quarter and warned of risks from sustained high inflation, a resurgence of COVID-19 lockdowns in China and a prolonged Russia-Ukraine war.

Labour shortages and supply chain snags impeded the Anglo-Australian mining giant’s efforts to ramp up its Pilbara operations in Western Australia in the first three months of the year.

“Production in the first quarter was challenging as expected, re-emphasising a need to lift our operational performance,” Rio Tinto Chief Executive Jakob Stausholm said in a media statement after the company released its first-quarter production numbers.

The world’s biggest iron ore producer shipped 71.5 million tonnes (Mt) of the steel-making commodity in the three months to March 31, compared with 77.8 Mt a year earlier and a Visible Alpha consensus estimate of 76 Mt.

Production for the quarter stood at 71.7 Mt, down 6.2% from a year earlier and 15% from the previous quarter.

Not until early March did the mineral-rich state of Western Australia lift hard-line border restrictions put in place to curb the spread of COVID-19. The measures left Rio and other miners struggling to hire mine workers and train drivers even as pent-up demand fuelled a rally in commodity prices.

“In our view the operational environment should start to improve, considering improving Pilbara flexibility and, hopefully, a reduction in COVID impacts as the year progresses.”

Rio said in its report that economic growth and commodity demand had begun the year positively as the world recovered from the pandemic-induced downturn. Also, supply concerns due to the war in Ukraine had outweighed muted demand growth in China and a crackdown on speculation in that country.

The speculation was associated with hoarding.

But market expectations had been revised downwards amidst sustained high inflation and a resurgence of COVID-19 lockdowns in China, the report said.

“Further downside risks include a prolonged war and other geopolitical tensions, extended labour and supply shortages, and monetary policy adjustments to curb inflation,” the report said.

In March, Rio became the first major mining company to announce it was cutting all ties with Russian businesses. It owned an 80% stake in Queensland Alumina Ltd (QAL) in a joint venture with Russia’s Rusal, the world’s second-largest aluminium producer.

Rio Tinto said earlier this month that it had taken sole charge of operations at QAL.