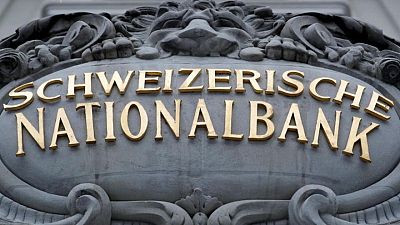 ZURICH – The Swiss National Bank sees the current increase in inflation as a temporary phenomenon, Chairman Thomas Jordan said on Tuesday, although the central bank would keep a close eye on the situation.

Central banks including the U.S. Federal Reserve and the Bank of England have started raising interest rates to fight higher prices, although the SNB has so far not raised its policy rate, the world’s lowest at minus 0.75%.

This has been despite Swiss prices rising by 2.4% in March, compared with a year earlier, its highest level in years as higher energy costs and supply shortages pushed up prices.

“Personally I believe a substantial amount of the inflation today may be temporary,” he told an event in Washington. “But nevertheless there is a relatively big risk that some of this temporary inflation feeds into permanent inflation where all goods and services are impacted,” he added

If high inflation became entrenched, central banks needed to adjust their monetary policy to ensure they did not lose credibility in their campaign to maintain price stability, Jordan said.

If central banks got their calculations wrong, there was a risk of there being too much inflation or an unnecessary tightening of policy, he added.

Higher interest rates in other countries would also help the SNB, Jordan added, by giving it more room to maneuver with its own interest rates.

“As soon as the situation changes we are more than happy to go back to a more traditional implementation of monetary policy where intervention don’t have the same importance as today,” Jordan said.

(This story refiles to remove extraneous word in paragraph five)