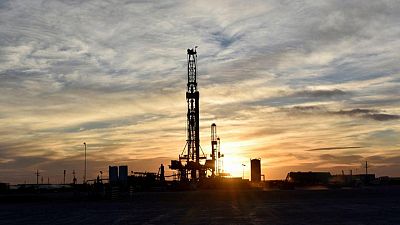 By Shariq Khan and David French

– Oil and gas tycoon Bud Brigham is exploring an initial public offering (IPO) of Atlas Sand, people familiar with the matter said, in what would be the first U.S. listing of an oilfield services company since 2018 as the industry makes a comeback.

Atlas and its peers were hit hard when shale producers slammed the brakes on drilling at the onset of the COVID-19 pandemic two years ago. Their business is now booming as the energy industry ramps up production in the wake of soaring prices that have been driven up by Russia’s war in Ukraine.

Austin, Texas-based Atlas has hired Goldman Sachs Group Inc to lead preparations for the IPO, which could value the company at between $2 billion and $3 billion including debt, the sources said.

The sources cautioned there is no guarantee that Atlas will go through with the listing plan, adding that the timing of any offering would depend on market conditions. They requested anonymity to discuss confidential information.

Atlas mines, refines and transports the sand used by shale drillers to help break apart rock and release hydrocarbons, in the process known as hydraulic fracturing or fracking. Serial energy entrepreneur Brigham is the chairman of the company, which was founded in 2017.

Atlas’ IPO would be the first by a U.S. frac sand provider since Smart Sand Inc in 2016. Smart Sand shares are down 80% from a 2017 peak, but have tripled in value year-to-date.

Higher commodity prices, and increased investor interest in oil and gas names, are causing owners of U.S. energy companies to consider potential listings after such offerings were limited in recent years.

Ascent Resources, one of the largest privately held U.S. natural gas producers, is being prepared for an IPO by its private equity owners, Reuters reported last month. The buyout firms behind Colgate Energy are also exploring a possible listing of the Permian Basin-focused producer, Reuters reported in December.