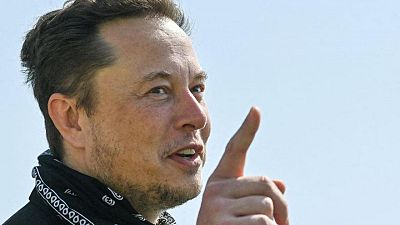 – “My offer is my best and final offer.”

Elon Musk’s $43 billion bid for Twitter takes a page out of Warren Buffett’s take-it-or-leave-it playbook. But investment bankers, investors and analysts said he needed a blowout bid and more details on his financing for this strategy to work. They added that Musk’s track record of reversing his positions also weighs against him.

Buffett is known for clinching large deals through his conglomerate Berkshire Hathaway Inc, such as the $11.6 billion deal to buy property and casualty reinsurer Alleghany Corp and his $37 billion acquisition of aerospace equipment maker Precision Castparts Corp, by making only one offer and refusing to negotiate.

These offers were viewed as fair by their acquisition targets and were backed by committed financing from Berkshire Hathaway. Musk’s bid, on the other hand, was deemed too low by the market and too thin on financing details.

In 2018, Musk, who is the chief executive and a co-founder of luxury electric carmaker Tesla Inc, tweeted that there was “funding secured” for a $72 billion deal to take Tesla private but did not move ahead with an offer. He and Tesla each paid $20 million in civil fines, and Musk stepped down as Tesla’s chairman to resolve U.S. Securities and Exchange Commission claims that he defrauded investors.

“Warren has demonstrated over 40 acquisitions in 60 years that when he says something, he does it. His word has enormous value. With Elon, I wouldn’t trust him, … there’s no reliability there,” said Lawrence Cunningham, a law professor at George Washington University who has written extensively on Buffett.

Musk and Buffett did not respond to requests for comment.

Musk’s cash offer of $54.20 a share, which values the company at $43 billion, represents a 38% premium to Twitter’s April 1 close, the last trading day before his 9.1% stake in the social media platform was made public. But it is lower than where Twitter shares were trading as recently as November. For most of 2021, the shares traded at more than $60.

Uninvolved investment bankers say the closest comparison would be PayPal Holdings Inc’s offer for Pinterest Inc, which the payments firm withdrew last October after a negative investor response to its interest. The offer valued Pinterest at 17.4 times sales. By comparison, Musk’s offer values Twitter at only 8.6 times sales.

Twitter shares ended trading on Thursday at $45.08, a 1.75% drop since Musk unveiled his $54.20 per share offer, reflecting wide investor skepticism that a deal will happen.

“I don’t think the Twitter board will have a really hard time saying no to this deal. It’s not an excessive premium and it’s not excessively valued now,” said Chris Pultz, portfolio manager for merger arbitrage at Kellner Capital.

Musk sold more than $15 billion worth of his Tesla shares last year, about 10% of his stake in the electric car maker, partly to settle a tax obligation.

It’s not clear how much of that Musk now has available for a Twitter bid, and it’s possible that he could sell more Tesla shares or borrow against them. He provided no details about his financing in a regulatory filing on Thursday.

A leveraged buyout is typically 60% to 80% financed with debt, so Musk would likely have to come up with an equity check of at least $10 billion. He could get partners, such as private equity firms, to help fund his contribution.

Another question is banks’ willingness to provide debt for the deal given the uncertainty of how Twitter would be run if owned by Musk. He has criticized Twitter’s current management but he has not disclosed who the replacement would be. He has also spoken against Twitter’s relying on advertising, despite its comprising the majority of its revenue. Morgan Stanley is Musk’s lead bank working on the bid.

Musk said in the offer letter that he would reconsider his position as a shareholder if Twitter rejects his offer. Later on Thursday, however, he hinted at the possibility of a hostile bid whereby he would bypass Twitter’s board.

He tweeted that Twitter shareholders should get to vote on the deal and posted a poll asking for Twitter users’ opinion on the subject. Typically, a company will put a deal to a shareholder vote only once its board of directors has approved it.

If Musk is willing to make another offer despite calling his first bid “best and final,” analysts said his chances for a deal would improve significantly, given his resources as the world’s richest man.

“The board could see a case to reject the first offer and explore options for a higher price,” Justin Post, analyst at Bank of America, wrote on Thursday.