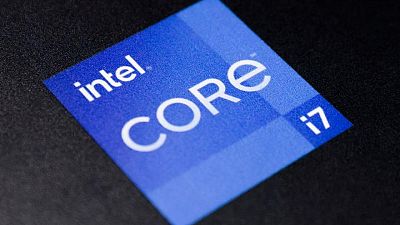 By Krystal Hu and Anirban Sen

– Intel Corp’s Mobileye has tapped investment banks Goldman Sachs Group Inc and Morgan Stanley to lead preparations for the initial public offering of the self-driving car unit, according to three people familiar with the matter.

The stock market flotation, which is set to launch later this year, could value Mobileye at as much as $50 billion, the sources said, cautioning that the timing, valuation and size of the IPO are subject to market conditions.

The amount to be raised in the IPO could not be learned and the sources requested anonymity because details of the IPO preparations are confidential.

Representatives for Intel and Mobileye did not respond to requests for comment. Morgan Stanley and Goldman Sachs declined to comment.

Mobileye’s preparation is coming at a tough time for the IPO market. Stock market volatility triggered by a sell-off in technology stocks and Russia’s invasion of Ukraine has forced several high-profile firms, including GoPuff and Chobani, to postpone their plans to go public this year.

The IPO freeze followed a record-breaking 2021 in which more than $300 billion was raised through flotations.

Only 21 companies, excluding listings of special purpose acquisition companies, have been listed on U.S. exchanges this year so far, according to Dealogic. Other major IPO hopefuls preparing for a listing this year include SoftBank-owned chip designed Arm and social media platform Reddit.

Intel bought Mobileye for about $15.3 billion in 2017. The Israeli company uses a camera-based system with adaptive cruise control and lane change assistance in driverless cars. Founded in 1999, Mobileye plans to eventually build its own lidar sensor to help its cars map out a three-dimensional view of the road.

Mobileye, which counts BMW, Audi, Volkswagen, Nissan, Honda and General Motors as its clients, has been a bright spot for Intel, which faces stiff competition in the chip-making segment from rivals Nvidia Corp and Qualcomm Inc.

The decision to list Mobileye is part of Intel’s broader strategy under Chief Executive Officer Pat Gelsinger to turn around its core business. Intel expects to receive the majority of the proceeds from the share sale and use some of the funds to build more Intel chip plants, Gelsinger said in December.

Intel has said it will retain a majority stake in Mobileye after the IPO.