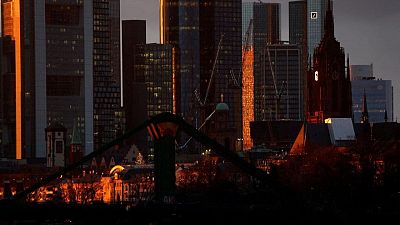 BERLIN – German firms grappling with the impact of war in Ukraine face soaring energy costs and disrupted supply chains just as there were signs of recovery from the pandemic.

In response, the government has loosened the purse strings, unveiling a package of five measures late last week to prevent companies from going bust and provide several options for financial aid.

Below are the measures (in alphabetical order):

Up to 100 billion euros ($108 billion) have been earmarked for so-called margin calls in the energy sector, money gas and power trading groups need to secure supply deals.

This has become a lot tougher due the sharp increase in gas and power prices that has significantly increased the need and volume of margins companies have to post to safeguard their contracts.

Management members of companies taking up these special loans from state-lender KfW will have to forego bonus payments during the time they use them.

The government is also weighing capital injections in emergency cases to prevent larger corporations from collapsing and possibly dragging down whole industries as a result.

Silent participations, which have already been used for example at Commerzbank, are one option, as are subordinated loans.

Companies must deliver proof that they were not already struggling before the Ukraine war broke out to qualify for the scheme.

Separately, the government is planning to offer guarantees to ensure companies have access to emergency funding. The maximum volume will be doubled to 2.5 million euros for small companies, with larger corporations eligible for guarantees starting at 50 million.

Part of the package are 7 billion euros ($7.6 billion) worth of special credits by KfW to provide short-term help to affected companies to safeguard their liquidity.

Companies can get the loans, typically around 100 million euros but possibly higher in extreme cases, from their main banks, with the state taking on most of the default risk and offering low interest rates.

Firms planning to apply need to show that they are affected by the war, for example via falling sales, a lack of raw materials or closed factories.

For a limited period of time – February to September – Germany plans to offer an expected 5 to 6 billion euros in subsidies that, as opposed to loans, must be reflected in the government’s budget straight away.

The subsidies are aimed at companies that have to shoulder additional costs as a result of higher energy prices, with a year-on-year comparison of power and gas bills serving as a yardstick regarding possible payments.