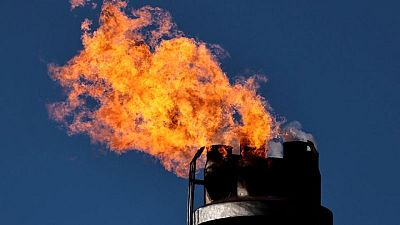 Scholz was responding to a journalist’s question about whether he felt a sense of shame that EU countries were paying Russia billions of euros for fossil fuels.

“We are actively working to get independent from the import of (Russian) oil and we think that we will be able to make it during this year,” Scholz said during a news conference in London with British Prime Minister Boris Johnson.

The European Union this week approved new sanctions against Russia, including a ban on coal imports starting in August. Germany has intensified efforts to reduce its exposure to Russian energy imports following Russian’s invasion of neighbouring Ukraine on Feb. 24.

Moscow calls its offensive a “special military operation” to demilitarise its neighbour. Ukraine and Western supporters call that a pretext for an unprovoked invasion.

A stoppage of Russian gas imports is tougher for Germany, which in the first quarter received 40% of deliveries from Russia. Germany wants to cut the share of Russian gas to 24% by this summer. But it could take until the summer of 2024 for Europe’s largest economy to end its reliance on Russian gas.

“We are actively working to get independent from the necessity of importing gas from Russia,” Scholz said.

“This is, as you may imagine, not that easy because it needs infrastructure that has to be built first. So pipelines to the northern shore of Germany, regasification ports that make it possible for example that LNG ships could give their supply to the gas grid in Germany.”

The DIW economic institute said in a study published on Friday that Germany might be able to secure enough gas supplies for the coming winter without any imports from Russia through a combination of alternative suppliers and drastic energy-saving measures.

The study said that Norway and the Netherlands could fill some of the gap left by a ban on Russian gas imports and more supplies could be secured through LNG deliveries to terminals in Belgium, the Netherlands and France.