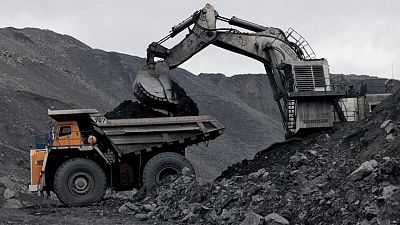 BRUSSELS – European Union diplomats failed to approve on Wednesday new sanctions against Russia proposed by the European Commission, as technical issues needed to be addressed, including on whether a ban on coal would affect existing contracts, sources said.

On Tuesday, the EU executive proposed to ban the import of all types of coal from Russia, as part of a wider package of measures that would further restrict trade with Moscow.

Sanctions need to be approved by EU governments, but concerns were raised in a meeting of EU envoys on Wednesday, three sources familiar with the talks told Reuters.

One key issue was raised by Germany, the EU’s largest importer of Russian coal. Berlin wanted clarification on whether the coal ban would affect existing contracts or only future contracts, sources said.

If the ban were applied only to new contracts, Russia would still be able to export coal to the EU for a long period.

A spokesman for the German envoy in Brussels declined to comment on the matter.

Germany had previously blocked an EU attempt to ban imports of Russian coal in reaction to the crisis in Ukraine.

It was unclear how the issue would be resolved, although diplomats were optimistic about the possibility of reaching a compromise in a new meeting of EU envoys on Thursday.

Governments were critical of the way the measures were presented because the head of the European Commission Ursula von der Leyen informed the media before discussing them with states.

Other technical issues that needed to be resolved concerned measures to enforce a ban on Russian vessels and restrictions on access to public procurement for Russian firms in the EU, one source said.

The Commission was told to clarify some of the measures and to make them more legally watertight before possible approval on Thursday, sources said.