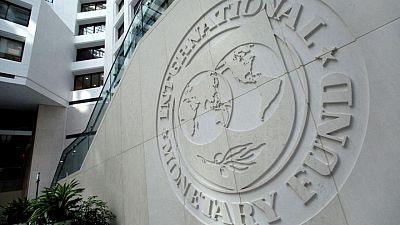 Although uncertainty remains high, the pickup of inflation is expected to be temporary, with inflation returning to the SNB‘s 0%–2% target band in the first half of 2023, the IMF said in a review of the Swiss economy, putting inflation at 2.5% in 2022 and 1.6% in 2023.

“But there are risks of inflation rising further and becoming more persistent. The SNB should continue to closely monitor inflation developments and prospects, including at the international level,” it said.

The SNB said last month while keeping policy on hold it would take “all necessary measures” to tackle higher prices, indicating a shift in tone at the central bank that for years has battled to tame the safe-haven franc’s strength.

It forecast the Swiss economy, which it said had weathered the COVID-19 pandemic well, to grow around 2.25% this year and just under 1.5% in 2023 as spillover from the war in Ukraine weighs.

The IMF said capital and liquidity buffers protected the Swiss financial system during the pandemic, but warned a sharp rise in interest rates could trigger a property market correction that could hit banks’ balance sheets.

It also recommended that authorities strengthen their evaluation of big banks’ internal governance and risk assessment.