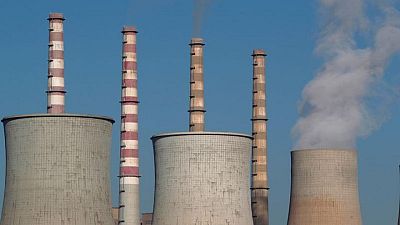 ATHENS -Greece will ramp up coal mining in the next two years as a “temporary” measure to help reduce a dependence on gas that has soared since last year and after Russia’s invasion of Ukraine, Greek Prime Minister Kyriakos Mitsotakis said on Wednesday.

“Certainly for the next two years, it would make sense increasing coal-fired energy generation by ramping up its mining by 50% so that we cut reliance from gas in the short-term,” Mitsotakis said at the inauguration of a solar park in northern Greece.

Once the country’s main indigenous energy source, coal now accounts for a small part of power generation under Greece’s plan to fully wean off the fuel by 2028.

Greece, which covers about 40% of its annual energy needs with Russian gas, has been looking into boosting spare coal-fired capacity at Public Power Corp (PPC), its biggest power utility, and adding a floating tank at its sole LNG terminal off Athens to secure energy supplies in case Russia halts gas flows.

“The plan was to extract 10 million tonnes of lignite this year, and this will be increased to 15 million tonnes,” a PPC official who declined to be named told Reuters earlier on Wednesday.

PPC had planned to shut down all but one of its coal-fired plants by 2023 and switch a new, more efficient coal-fired unit due to open later this year to a cleaner fuel by 2025.

Signalling a shift in this plan, Mitsotakis said the new plant in northern Greece will probably use coal for longer, until 2028, while the lifetime for other, older plants might also be extended, depending on gas prices and availability.

“Our policy needs to be flexible and adapt to temporary conditions without veering away from our main orientation,” he said, referring to a European Union target of cutting carbon emissions by 55% by 2030 and achieving zero emissions by 2050.