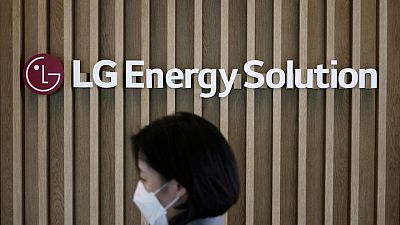 By David Shepardson and Heekyong Yang

WASHINGTON/SEOUL – The U.S. National Highway Traffic Safety Administration (NHTSA) on Tuesday said it is opening a review to ensure all defective batteries produced by LG Energy Solution have been recalled by automakers.

NHTSA said the equipment query covers 138,324 vehicles and will communicate with LG “and other companies that might have purchased the same or similar equipment from LG, notify them of this defect in any vehicles they manufactured, and to ensure thorough safety recalls are conducted where appropriate.”

Among recalls cited by the agency were GM’s recalls of its Chevrolet Bolt EV that prompted it to halt sales and production of new models in August.

In October, LG Chem Ltd, which owns LG Energy Solution, said it would take a charge of 620 billion won ($510 million) in its third-quarter results in connection with the GM Bolt recall.

The automaker said it “has not yet determined whether the battery packs were defective or the root cause of the fires.”

NHTSA also cited a March 16 Volkswagen recall of 351 ID4 vehicles from the 2021 model year over batteries that may contain insufficient soldering points and potentially unreliable connections inside the high voltage battery. VW said vehicles may break down while driving, potentially leading to a crash.