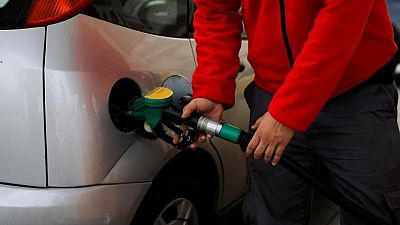 ATHENS – Greece plans to accelerate gas exploration in its western and southern waters in a fresh drive to tap domestic resources amid soaring energy prices and concerns over Russian gas supplies, government sources said on Tuesday.

Greece has produced small quantities of oil in the past and has attempted to explore its hydrocarbon potential, but low crude prices in previous years and a shift to green energy have stalled its exploration plans.

Russia’s invasion of Ukraine and fears over gas supplies in Europe have exacerbated a jump in prices, forcing the European Union to seek ways to reduce its reliance on Russian gas by two-thirds this year and end it “well before 2030″.

That has increased the need for Greece, which covers about 40% of its annual demand with Russian gas, to tap domestic resources.

“In the coming days, Greece will make announcements to accelerate exploration in the Ionian Sea and west of Crete,” one government official, who declined to be named, told Reuters.

“The new geopolitical and energy environment… requires every country to make even more decisive steps towards its energy security and sufficiency by searching for new energy sources.”

Prime Minister Kyriakos Mitsotakis is expected to make announcements on the country’s strategy on the issue by early next week, a second government official said.

Greece has had indications of significant gas reserves, in the order of hundreds of billion cubic metres, according to sources.

A senior executive at Greece’s hydrocarbons commission said last week that the authority has proposed an “ambitious but feasible” gas exploration plan which could lead to test drilling in about four years.

Hellenic Petroleum holds gas exploration licences in the Ionian Sea and has recently concluded seismic surveys in the area, an important step to clarify the location and size of any potential reserves.

The state would be willing to grant investors more time to collect seismic data of the area if they requested it, one of the officials said.