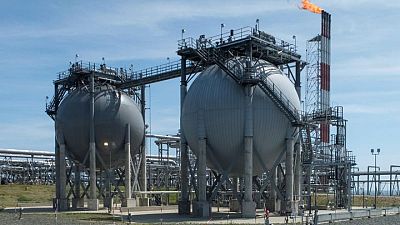 (Corrects minimum impact for Germany to read 0.3% (not 0.15%) of gross national income)

PARIS -A hefty EU-wide tariff on Russian energy imports could prove more efficient than an outright ban although even a full embargo would have a limited impact on most countries, France’s economic analysis council said on Monday.

The discovery of civilian deaths in Ukraine where Russian forces have recently withdrawn is fuelling fresh calls for tougher sanctions on Russia.

While a full embargo would be “manageable” for EU economies, the cost would vary widely, hitting Lithuania, Bulgaria, Slovakia, Finland, Czech Republic the hardest, the Conseil d’Analyse Economique, which is attached to the French prime minister’s office, said.

“It (a tariff) could allow the small but most exposed countries …to continue to access some Russian gas imports, while drying up imports to larger and less exposed countries that are more able to substitute away from Russian imports,” the council said in a study.

For example, a 40% tariff could reduce the impact on countries most exposed to Russia energy imports to between a quarter and a third of the impact of an outright embargo, the study found.

Baltic countries and Poland have been pushing for energy imports from Russia to be halted outright, while Germany has been reluctant.

However Berlin has said it is gradually moving towards an embargo.

The Conseil d’Analyse Economique said that a full energy ban could on average cause a loss of gross national income of 0.2-0.3%, working out to a 100 euros ($110) per adult.

In Germany, the EU’s biggest economy, the hit to gross national income could range from as little as 0.3% to as much as 3%, the council said.

France, the bloc’s second-biggest economy, would be among the countries least impacted with an economic loss of 0.15-0.3% as it is far less dependent on Russian energy imports.